3 Myths About Your Customers

There are three myths about your customers that are commonly made. These myths  kill your ability to sell to them. Let's talk about how your customers are really thinking and feeling and how you can use that knowledge to get more of them to buy more of the stuff you sell.

1. You Understand How They See Marketing 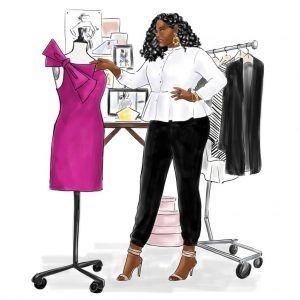 That fear keeps you from marketing effectively, and it has to stop right now.  That fear is based in emotion rather than fact.

You can’t know the facts. I mean, do you really know how people see marketing? Did you major in I Know How People See Marketing in college? I’m pretty sure you didn’t, because in all my years I have yet to see a diploma with those words hanging on anyone’s wall. So you can’t assume you know what people think when you market to them.

But here’s what you can know: you can know how you think of marketing and how you respond to people when they’re marketing to you. Just look at how you behave when you shop and when you receive promotions. Look at what you like and don’t like, and that will tell you a lot more than you’ll get trying to read customers’ minds.

Here’s a little exercise. Think of your favorite store at the mall or your favorite place to shop online. Let’s say it’s The Gap. You like The Gap. You may feel The Gap is expensive and you don’t like that so much, but you like them and the stuff they sell.
So one day you see an ad for The Gap on the bus. Do you think, "Hey, The Gap!" or do you think "Those darn marketers, they’re always after my money?" You like The Gap. You’re interested in them. You don’t get angry.

Then you come home and see they sent you a catalog in the mail. Do you say "I can’t stand junk mail!" or "How dare they send me mail?" No, you do one of two things. You pick up the catalog and happily look at it, or you say "Not interested right now," and toss it in the recycle bin. But you’re not angry or offended.

Then you go out to the mall another day and you’re actually in The Gap. You’re looking around and there are these gorgeous jeans that you’ve been wanting, but darn, $120? That’s not going to happen today. And then one of the retail clerks walks up to you and says "Hey, we’re running a 50 percent off sale today if you’re interested." Do you get angry? No! You think, "Huh, maybe I’ll get these." You look around, decide you need to think about it and you go home. But you’re not irritated that the clerk marketed to you.

So now you’re sitting at home and you open your email. There’s a message from The Gap email list you signed up for reminding you of the sale:

You say, "Okay, I’ve thought about it. I’m picking those jeans up tomorrow."

That’s a whole lot of marketing from The Gap. And not one bit of it bothered you. You know why? Because you’re interested in The Gap. When you’re interested in something, you want to hear about what’s going on, as long as what you’re hearing is actually interesting. I mean, you don’t want to get an email telling you about their annual shareholders meeting. But a message saying "The new sweaters are out?" That’s what you’re talking about.

Here’s the point of all this Gap-foolery. When you are not interested in something, you don’t want to hear about it. That’s why you call it "junk mail." It’s junk to you, and frankly, you’re pretty tired of seeing those flyers for the tire shop down the road. You sold your car years ago.

And that brings us to your customers and clients. If you have access to people on an email list, a physical mailing list, a trade show, a craft fair, whatever, those people are there because they are interested. If you sell souvenir self-washing doggie doors and 50 people are on your list, they are interested in souvenir self-washing doggie doors. They are not going to get angry when you email them about it. If you coach left-handed stay-at-home-mom jugglers and 10 of them are at your booth at the local fair, those people are interested and they will not resent you marketing to them.

In other words, if people are paying a lick of attention to that thing you do, then that lick of attention comes from being interested. And they are probably interested over the long term because you keep being interesting to them. So keep being interesting to them. Sending them content that’s relevant to the thing they like. Sending them catalogs with pictures of the things they’re interested in. Emailing them offers about the kind of thing they jumped on your mailing list for in the first place.

This will probably be scary for a long time, and that’s okay. This doesn’t all change on a dime. But it will change. Realizing people are more interested in your stuff than you think takes time. So does getting okay with the idea that they actually like getting marketed to, so long as it’s interesting and relevant.

Here’s what will make it easier for you. Keep an eye on things with your own shopping habits. See how you react when you get mail or email or catalogs for stuff you like. See how you react when you’re in the store and you’re really interested in something and an employee comes up to talk to you. Notice what you like and how you like to be treated and do that to your customers. Notice what you don’t like and what turns you off and don’t do that to your customers.

But don’t be afraid. Don’t automatically assume that people will be unhappy you marketed to them. It’s a cliché in marketing, but it’s true: Everybody likes to buy, but nobody likes to be sold. Well, if they’re interested already, then they’re sold. Just give them nice opportunities to buy.

2. You Assume They Don't Have Money

The next myth I want to talk about is this thought that people have no money. I hear it all the time, "I don’t know, my stuff isn’t selling, I guess people don’t have any money." Or I hear, "My customers don’t like to spend money. They’re broke." The thing is, this just isn’t true. It feels like it’s true, but it’s not. 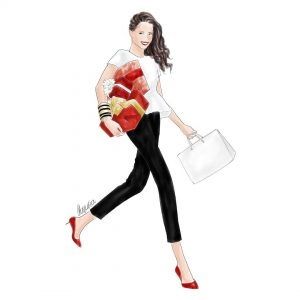 How do you know? Well, when money is tight for you, don’t you often spend it on things you don’t need? Look around you. People are doing it every day. Even when people don't have money they find a way to spend it.

My brother was like that. There was a time when he was unemployed and living off of close to nothing for quite some time. He was broke as broke can be. But he still bought really, really great cuts of steak all the time. Where did he get the money for that, you may ask? He moved it. Inexpensive side items made up the remainder of his meals.  Since broccoli was 29 cents a pound, he included it with most meals. Potatoes goes with everything and they were inexpensive. He moved money from the "not steak" side of the grocery bill and put it in the "steak" side of the grocery bill. He was interested in steak. So he saved money on what didn’t matter to him and used it for what was important to him.

So that means your customers almost never have a money problem. They have an "I’m not interested enough in what you’re selling" problem. And that you can fix. You can make your stuff more interesting to them. You can weave stories around your stuff, make good offers, and make the buying experience enjoyable. That’s what you need to focus on.

Like the first myth we talked about, this will take a while to wrap your brain around. But start looking, so the clock starts now. There are more buyers out there than you think just waiting for you to make what you sell – and how you sell it – more interesting and relevant to them.

3. You Assume They Know About It

We’re going to wrap up with one last myth here: the one where you assume that people have already heard about the thing you’re selling or the offer you’re promoting. Chances are very high that they haven’t. 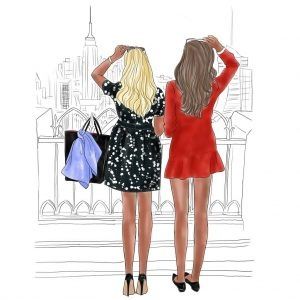 Here’s what I mean. When I promote something, I always receive an email from people who are upset because they missed it about a week after it ends. Here’s the thing, though.  I send email four or five times during every promotion, minimum. But still they don’t know. And here’s why.  Let’s say you send an email out to your mailing list, and 30 percent of them open it and read it. 30 percent is a pretty good open rate for email. But that means 70 percent of people didn’t open it. 70 percent have no idea what you’re selling because they didn’t see the email, or didn’t get to it and more email came in and they didn’t notice it, or because they thought it was an email about something else. But 70 percent of people don’t even know the sale is going on.

So you send another email, and you get a 30 percent open rate again. Some people who opened the email are the same and some did not open the first email. So now you’re down to maybe 60 percent of your list not knowing about it? You could email every day for five days, and still, 50 percent of your list will never see it. Same with physical mail or advertising. People don’t necessarily see it all.

So when you worry, "I can’t send another email! I’ve sent two and everyone will get tired of seeing it!" The truth is, those people are very few in number. Most people haven’t seen your offer. Keep emailing. But make it interesting, relevant and nice, so that the few who do see each one still like you.

That’s the bottom line on this one. Never, never assume your audience or list has any clue what you’re promoting or selling. They get so many marketing messages every day that most of them fall through the cracks. So don’t be afraid to contact and re-contact them. You never know which people will never know about your promotions and offers otherwise.

It may feel scary, but if you do it you’ll see your sales go up and a full bank account helps make the scary go away pretty fast.